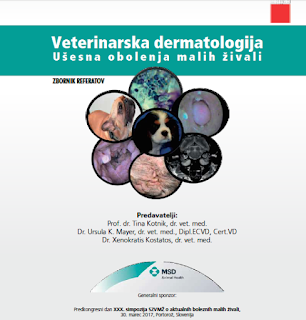 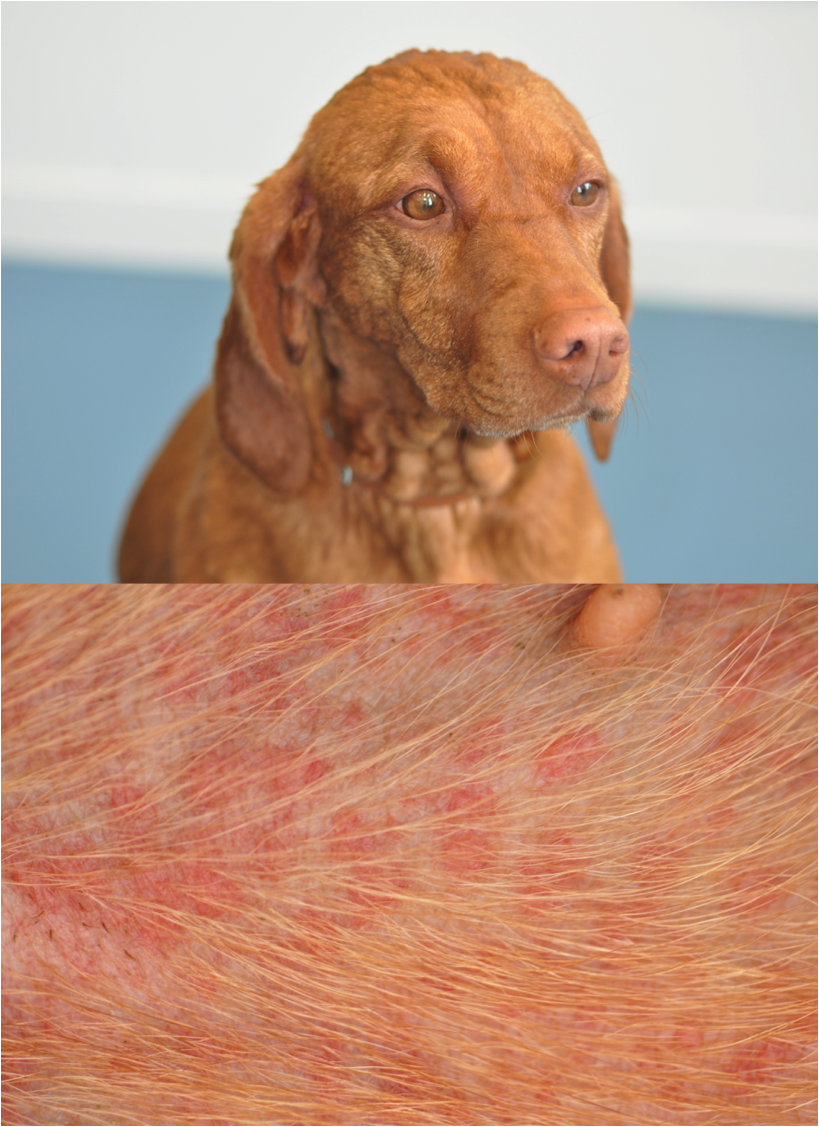 This is Arwen, a 3,5 years old, spayed Viszla. Her skin lesions started soon after developing diarrhea and vomiting. She was treated with immuno-suppressive doses of glucocorticoids and recovered very slowly.
Main important question was: asking for medications, food history and possible insect bites
We found out that Arwen was eating often walnuts and that day more then 100g.
What is your problem list? Urticaria and erythematous patches, vomiting and diarrhea
What are your main differentials?  Urticaria, urticarial vasculitis
What tests would you like to perform? Checking clinical signs of anaphylaxis (inlcuding blood preassure), hematology, biochemistry, abdominal ultrasound, skin biopsy, intradermal testing and western blot for walnuts
CLICK HERE FOR WHOLE CASE >>
Posted by Dermatoloska sekcija Slovenije at 13:20

Non-inflammatory cells:
- Epithelial cells: tend to exfoliate in high numbers are often present in cohesive clusters and sheets. Individual cells are round, cuboidal or polygonal. Most epithelial cells have well-defined cell borders. We see them on a regular basis in the inflammatory preparations, where they are admixed with bacteria, fungi and inflammatory cells. In non-neoplastic tumours we find them often in inclusion type cysts or cystic epithelial tumours. They should be evaluated for criteria of malignancy.

- Mesenchymal cells (spindle cells):  Tissue cells tend to exfoliate in low numbers and are present in loose aggregates or groups. The cells are usually spindle shaped but can appear more ovoid and plump.  If these cells are contained in an inflammatory exudate they can become reactive and can mimic pleomorph neoplastic cells. Usually this is seen in granulation tissue. However, a high number of spindle-shaped cells are indicative of neoplasia. The origin is very difficult to detect, they can arise form adipose, fibrous, vessel, neural etc. tissue.

- Round-cells: Round-cell lesions tend to exfoliate readily, although cells can be fragile, requiring gentle preparation for cytology. Cells are discrete with well-defined cell borders. Common cells of this category include lymphocytes, histiocytes, mast cells, and plasma cells, as well as cells of transmissible venereal tumors.


Posted by Dermatoloska sekcija Slovenije at 07:28

The cornification process represents morphologic changes in the whole life span of the keratinocytes. It starts already in the basal cell layer keratinocytes and ends with the final differentiated corneocytes of the ‘strong and compact’ stratum corneum. The main functions of this layer are the toxin/microbe/trauma/UV light protection and prevention of fluid loss (skin hydration). Four key steps are included in these processes:
1.     Formation of the protein core (aggregation of keratins, with the help of fillagrin)
2.     Formation of the protein envelope (replacement of the previous cell membrane with a ‘stronger’ one consisting of small peptides)
3.     Formation of the lipid lamellar bilayers (consisting of cholesterol, long-chain fatty acids, and ceramides, important role of lamellar bodies)
4.     Desquamation (corneodesmosomes are cleaved by proteases, the corneocytes are shed into the environment) 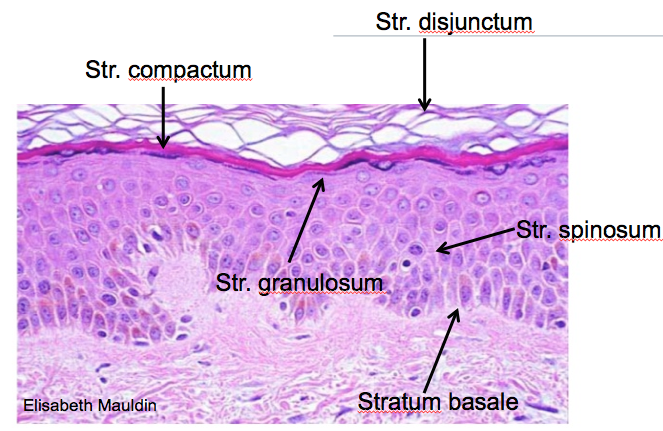 Cornification disorders arise when there is a problem in establishing a normal stratum corneum. They are usually secondary, to an allergic, parasitic, metabolic, (para)neoplastic or endocrine disease. Primary cornification disorders, the so-called ichthyoses are due to a genetic defect somewhere in the cornification process or elements: structural proteins, lipid metabolism, enzymes. Some investigators include abnormalities in sebaceous gland function (eg, sebaceous adenitis, sebaceous gland dysplasia) as primary cornification disorders as well. The diagnostic approach involves thorough clinical assessment and ruling out secondary causes. Skin biopsies and genetic test are usually inevitable to make a final diagnosis.

Icthyosis resembles primary cornification disorders is at present subdivided into epidermolytic and non-epidermolytic forms on the basis of light microscopy.

1. Epidermolytic ichthyosis in the Norfolk terrier is autosomal recessive and caused by a mutation in epidermal keratin 10. It was also described in some other breeds (Rhodesian ridgeback). These dogs have multifocal areas of hyperpigmented hyperkeratosis (intertriginous areas) and dark scaling. The skin is sensitive to mechanical trauma (erosions).

This group is corresponding to the autosomal recessive congenital ichthyosis (ARCI) in humans, which is the official classification for a heterogeneous group of disorders with overlapping phenotypes (e.g. lamellar ichthyosis, congenital ichthyosiform erythroderma). A variety of mutations affecting lipids and structural proteins cause similar phenotypes and light microscopic changes. In humans, there are currently 8 known mutations, in comparison researchers characterized 3 in veterinary medicine. The current nomenclature used by pathologists in veterinary medicine is to label these ARCI disorders by the breed predilection, as described bellow. We will se if this will change in the future.

Golden retriever ichthyosis
Golden retrievers may presents with usually mild-moderate non-pruritic generalised scaling (mild to moderate) disorder, in the age from 3 weeks to 3 years (85% before 1 year of age). In France a high prevalence (50%) was shown in this breed. The causing gene is now known to be PNPLA1 (belonging to the patatin-like phospholipase family). It is coding for a protein responsible for lipolytic and/or lipogenic activity of neutral lipids (not triglycerides). These studies in dogs helped to reveal the cause also in human patients with ARCI. In non-breeding animals a diagnosis based on clinical and histopathological findings is sufficient. Performing a genetic test (www.antagen.com) in breeding animals to assess carrier state is recommended. 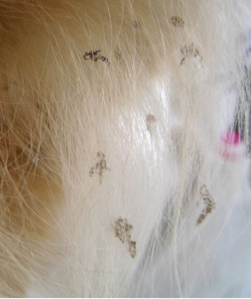 American Bullterier ichthyosis
American bulldogs typically have a more severe phenotype (then Golden retrievers) with lesions evident before weaning (sometimes shortly after birth). The scaling is generalized (also in the coat) with large, light brown adherent scale on the ventral thorax and abdomen, the skin is often erythematous. The abdominal skin of adult dogs may be reddish-brown. The animals may show otitis, pododermatitis and intertrigo. Secondary Malassezia infections may develop and be associated with a significant pruritus. Pedigree analyses are highly suggestive of an autosomal recessive trait and the responsible gene is coding for the protein ICHTHYN. The test can be performed at The University of Pennsylvania USA (dogderm@vet.upenn.edu)

Jack (Parson) Russel Icthyosis
The clinical lesions are characterized by thick, adherent scales (0,5 -2 cm large) predominantly on ventral skin areas (abdomen, ventral neck). The skin of the food pads and nose may be thickened and greasy. The dogs may develop severe secondary yeast and/or bacterial infections with corresponding inflammation and pruritus. Nonepidermolytic ichthyosis in Jack Russell terriers (JRT) is caused by a loss of function mutation in transglutaminase 1 (TGM1). TGM1 mediates calcium dependent cross-linking of peptides (e.g. involucrin, loricrin) to form the cornified envelope- the strong exterior of the corneocyte. 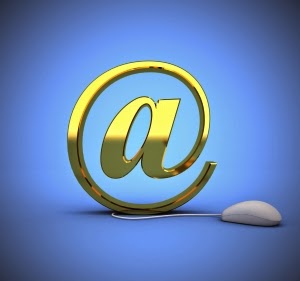 Posted by Dermatoloska sekcija Slovenije at 12:17